We like to call these “Crack ‘Tatoes” around my house, but I thought that may not be a suitable title for a blog post (hee hee). This recipe is adapted from the Pioneer Woman’s Crash Hot Potatoes recipe. I saw this recipe on Pinterest, tried it out one night and never looked back. They are KILLER! So good. I legitimately have to chase my husband out of the kitchen when they’re done because he would seriously try eat them all up before I have a chance to set the table! There are certain meals that I just HAVE to have these with. Corn Flake Chicken, for example. They are so crispy, full of flavor and you wouldn’t believe that there isn’t an ounce of butter… it’s all Olive Oil! Coincidentally, I also found a homemade ranch seasoning recipe that day so with their powers combined, I made concocted one of our favorite potato recipes ever!

As usual, I followed the basic principles of her recipe but tweaked it to make it my own. First, I don’t have time to always boil potatoes. I’ve found for this recipe, rinsing the potatoes, wrapping them in damp paper towels and microwaving get the potatoes right where I need them to be. It takes 10 minutes! Obviously cook times will vary so just keep an eye on it. I usually start with 5 minutes, test them and then go a couple more minutes and test them again. You could also do as the original post suggests and boil them, too!

Once they’re tender, transfer them to a baking sheet covered in foil and coated in Olive Oil spray. Now, we smash! I happen to have a handy dandy Potato Masher (is that what they’re called?), but as pictured below this could easy be done with a glass or other flat object. The trick to using a glass, though, is to make sure the potatoes are nice and tender. If they’re not, be prepared to chase flying potatoes around your kitchen. Yes, I’ve done it. sigh. I recommend the potato masher.

Now, we slather on the Olive Oil and season. I’m not a huge fan of Rosemary per the original recipe so I went rogue with the seasonings. As I talked about earlier, I did a play on Ranch seasoning and it is SO good. You can really do whatever your little heart desires, though. So go crazy and be creative!

Pop them in the oven at 400 and cook until they are nice and crispy. Note, the original recipe says to cook 25 minutes at 450, which is fine, but typically I have something else cooking in the oven so I go 40 -45 minutes at 400 so both dishes can bake at the same time (cough cough Corn Flake Chicken, again).

Adapted from a recipe by The Pioneer Woman.

Let me know how it turns out! 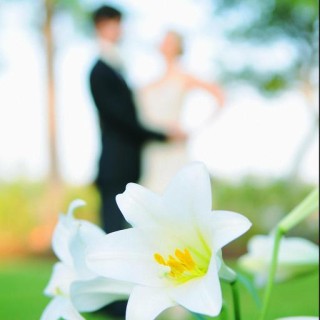